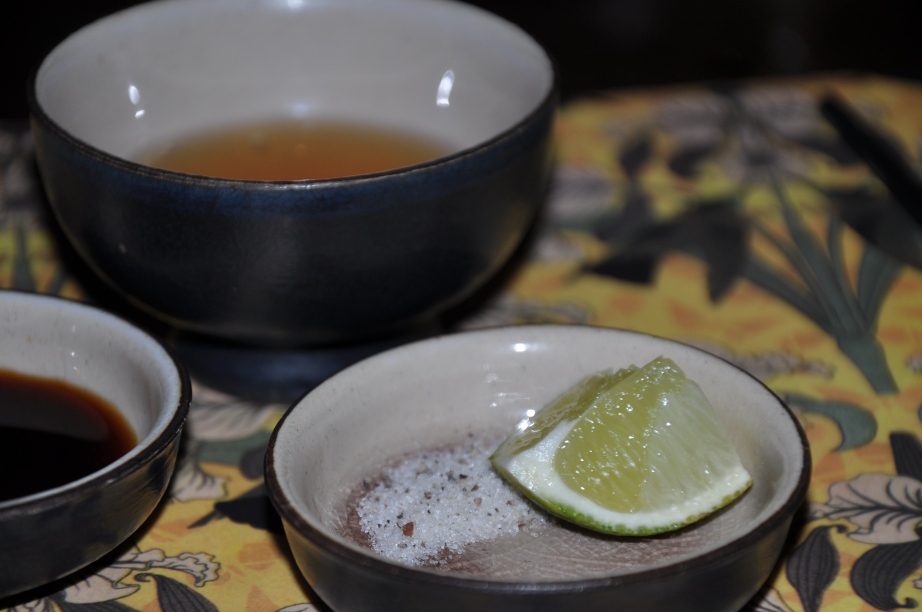 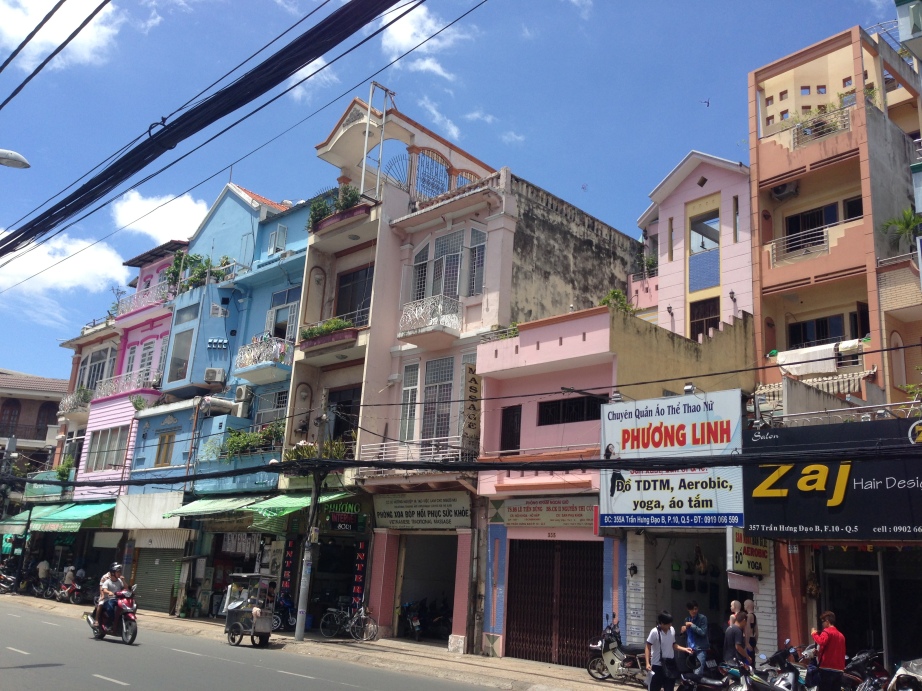 Ho Chi Minh City (HCMC) or Saigon. You choose. While HCMC is now the official name of the city, renamed to celebrate the reunification of north and south at the end of the Vietnam war, Saigon is still very much used daily, especially in the South. We asked one of our tour guides which one the locals preferred and it seems Saigon takes the prize. It is shorter and easier to say in daily speech. Not exactly the rationale we were expecting to hear but makes perfect sense if you ask me. Still, there remains a lot of sensitivity around these two names, an inevitable and constant reminder of the long and ugly war. Vietnam is a country with a complicated history. Our tour guide on day 2 broke it down perfectly:

That’s a combined total of 1122 years of war. It is just unimaginable. Their history is way too complicated and way too complex to understand or to even try to explain. But what is clear is that this is a country whose people have suffered a lot. And they have suffered badly. Remnants of these atrocities remain scattered across a few key museums…some of the only sights to see in the city. This is even depicted in their flag, a daily reminder of what Vietnam stands for. The ominous red background, a symbol for the blood shed during these many years of war. The star, a symbol for Vietnam’s ultimate victory; its yellow color representing the color of the people.

Despite these unfortunate happenings, people seem to have moved on. The youth happily sip Starbucks lattes and the elders go about their business. Life has advanced. As it should. The streets are busy. Businesses are booming. Restaurants are full. And high rises are scattered across the landscape like confetti. But the history is unforgotten by no-one, especially the older generation.

I returned from HCMC feeling slightly troubled. I say this because it’s rare that I visit a new place and leave unchanged or unaffected somehow. Despite an obvious sadness for the peoples suffering, HCMC, as a place, did not move our hearts like many places do; and we are very easily moved. It left no lasting impression on us. If I have to be completely honest, I would even go so far as to say we were disappointed by our first trip to Vietnam. We didn’t find HCMC representative of the images we had grown up associating with this remarkable country, nor did we feel that we experienced its soul. Except for the 1st district (among 24 districts), we found the city lacked character and charm. Perhaps our own expectations were somewhat to blame as we were expecting to see more French influence or colonial charm by way of architecture, infrastructure, food and dress. Flashbacks from Michael Caine’s The Quiet American and travel programs I had watched zoomed past my grey matter as my confused brain mentally scanned the databank of memories, images and associations I had built with this country over time, futilely trying to match it to what lay before my eyes. Movies are hardly the benchmark, I know, but the city lacked an identity in our opinion, and we tried very hard to look for it.

Suffice it to say, we found the city huge, difficult to navigate and very crowded. This is a massive city containing 7.4 million inhabitants. That’s bigger than the whole of Singapore and almost the same size as the whole of Switzerland! It’s huge! A significant majority of the population does not speak English making it extremely hard to do simple things like getting from A to B. From what little time we spent there, we guessed there must be at least 5 million motorbikes to match. It is a motorbike mecca! If you are a motorbike vendor in HCMC, you must be a very wealthy man (or woman!)

Crossing the street was like playing a game of live Frogger. Do you know that computer game from back in the 80’s? An innocent little froggy tries to cross the road with all sorts of mad traffic coming at him at varying speeds. That’s what it felt like. We each almost got hit at least 6 times over the past 3 days! It was absolute madness. Not a single car or motorbike stopped to let us pass, instead, swerving around us as if inconvenienced by our mere presence. Mind you, this was the case whether the “walk” sign was red or green. There is no safe place from motorbikes. Except for district 1, even the pavements were infested with these 2-wheelers. Just standing on the side of a pavement was a feat, motorbikes zoomed everywhere, on and off pavements, zig-zagging 1/2 a millimeter away from us. When there was no motorbike action on the pavement, we had to dodge those parked back-to-back, forcing us onto the road to bypass these bulky “side-walk blocks”. It was really something else. And don’t get me started on the pollution. We were happy to see that most motorbike drivers wore surgery masks. And helmets. They were concerned for their own safety at least!

I apologize in advance if I have painted a bad picture of HCMC. Everyone we spoke to before we left had great things to say. And we certainly had our share of fun. But culture is something we crave and the inability to grasp it in HCMC frustrated us somehow. Except for the occasional Vietnamese hat, we could have been in any large city in the world. There was definitely some great stuff however as is the case absolutely anywhere on earth. What few people we met and spoke to however were wonderful. We walked a lot and did everything we could do in the city. You can find a more detailed snapshot in the tips below.

We had three main highlights: First, our visit to the Cu Chi Tunnels was absolutely unforgettable. We took a speed boat to get there and back, had a wonderful lunch by the Saigon River and had an excellent guide who explained the in’s and out’s of how and why this elaborate tunnel system came to exist. In the case you haven’t heard about them, they run 250km long, on 3 levels  that are up to 10m deep. There was no design plan when the digging began during the war with the French but it evolved, with need, over time and became a shelter during the war with the Americans, serving as a place to hide, live, study, get hospitalized, cook… it’s incredible. We walked past plenty of hidden entrance doors, teeny tiny spaces wide enough only to fit one thin person. Some travelers in our group were brave to try it; it was too claustrophobic for me! They even built trap doors for the American soldiers, out of bamboo sticks and the remainders of the shells that were dropped on them; they created ventilation holes so minuscule, they were unnoticeable, it was an unplanned stroke of genius. It was impressive walking through the forest imaging how terrifying life must have been like for them at the time, witnessing the size and impact of a crater bomb and contemplating the idea of a whole life lived underground. Unmissable.

The second highlight for us was definitely the food! This is food capital! We had some great tips and ate very very well. Vietnamese food is fresh, flavorful, green and full of herbs. It’s light, healthy and delicious. We didn’t have a chance to try any street food, which is recommended, but what food we did eat, we enjoyed tremendously. The food and night scene is advanced, trendy and diverse. Plenty of options and you can have a really good time if you are a food obsessed traveller like me!

The third highlight for us was seeing HCMC from above. We visited the tallest tower (Bitexco Financial Tower) and took a speed lift up to the 49th floor where we enjoyed 360 degree views around the city. This gave us a perspective we didn’t have being on the ground. It allowed us to appreciate how big the city really was, to see the mad traffic whizzing below us like colonies of tiny ants and to see how the Saigon River snakes its way through, dividing one bustling part of the city from another. We then went up to the Sky Deck. Beautiful space for drinks and dinner and a real escape from the manic streets of the city.

Would I go back to HCMC? Probably not. Would I go back to Vietnam? Definitely. I left feeling hungry to know more, to explore its heritage and the more rural areas off the beaten track. HCMC did not satiate my appetite for what I know Vietnam has to offer. Hanoi and Halong Bay will be our next Vietnamese adventure. Personally, I can’t wait! 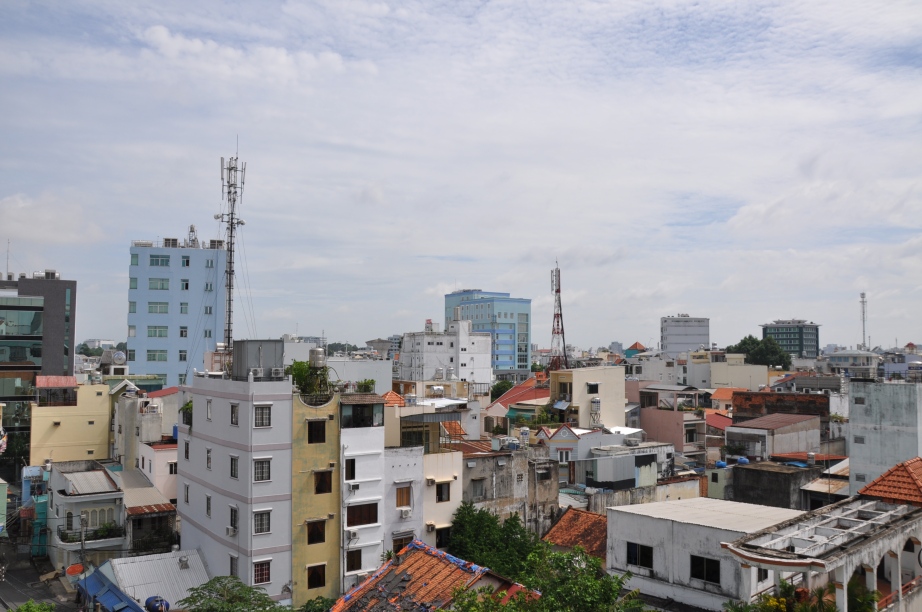 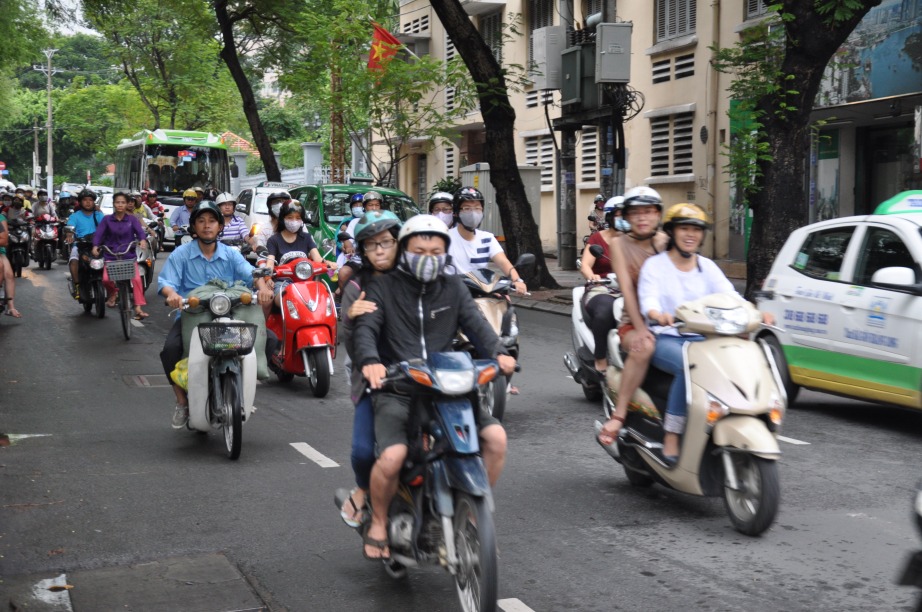 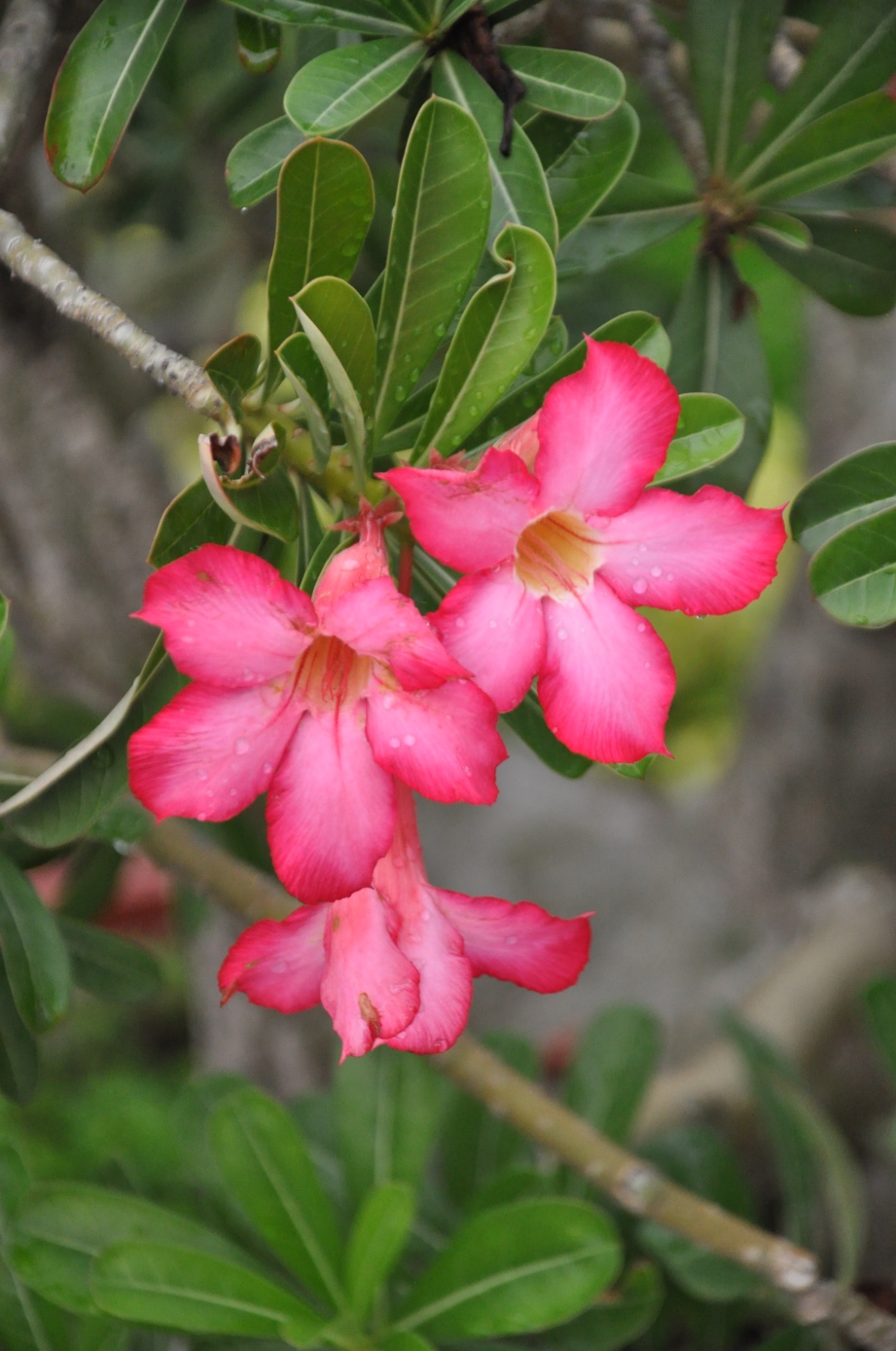 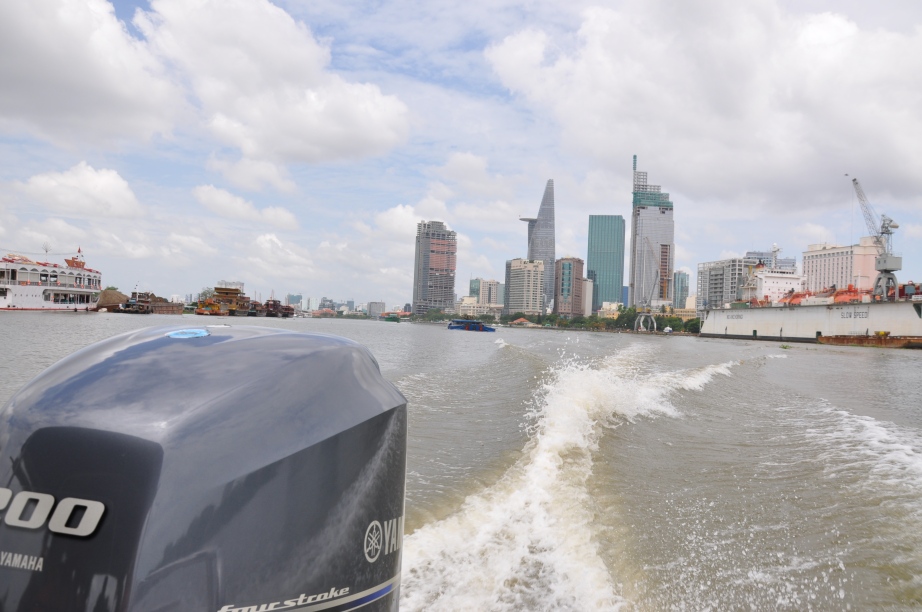 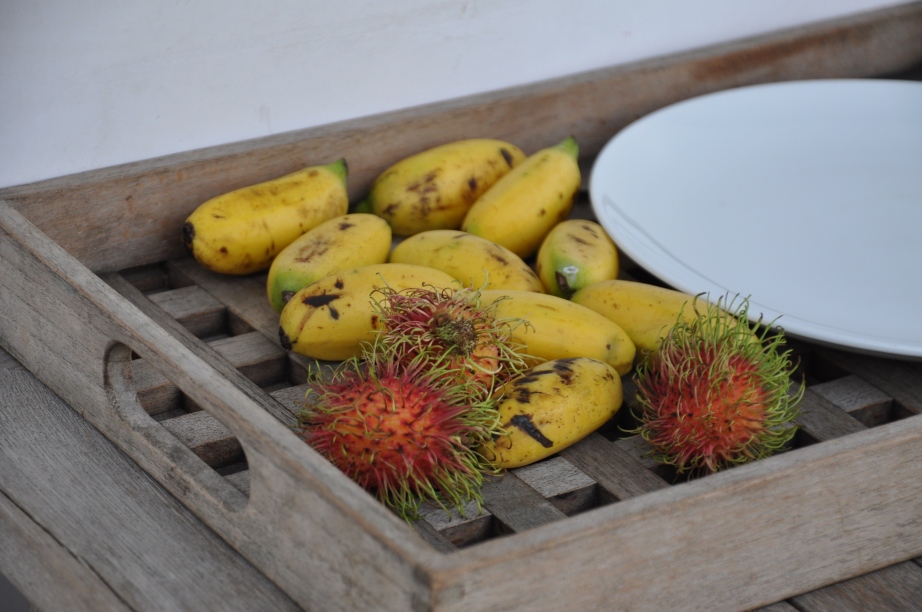 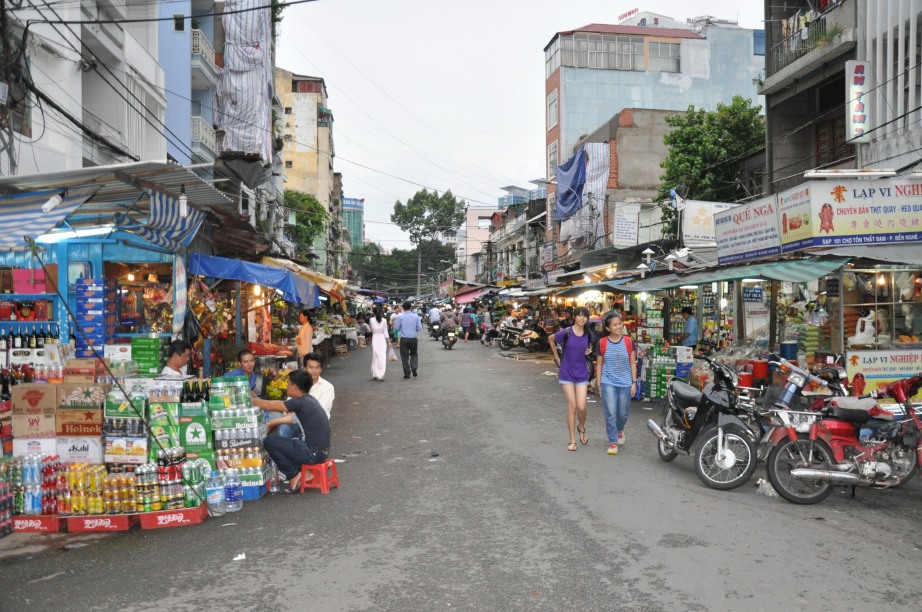 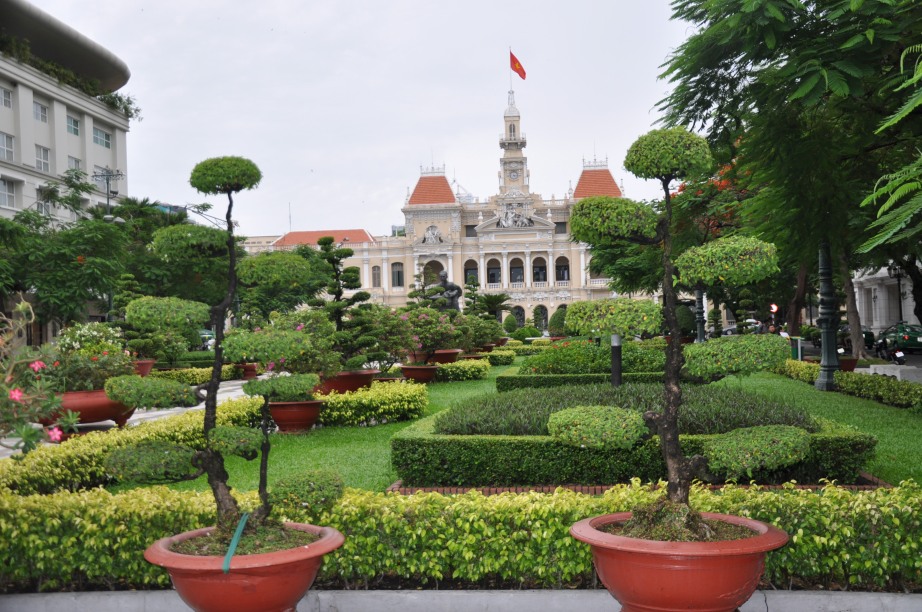 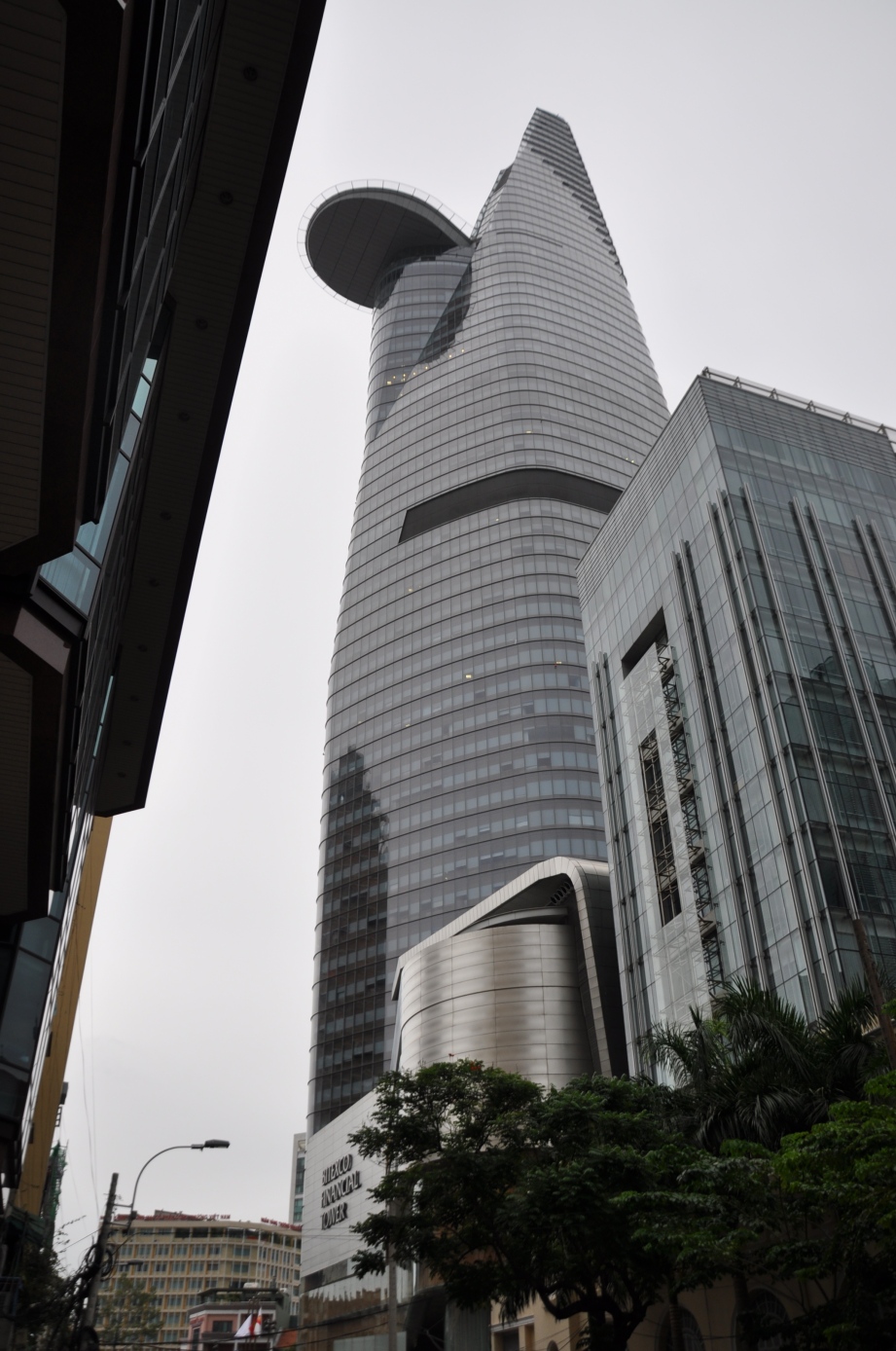 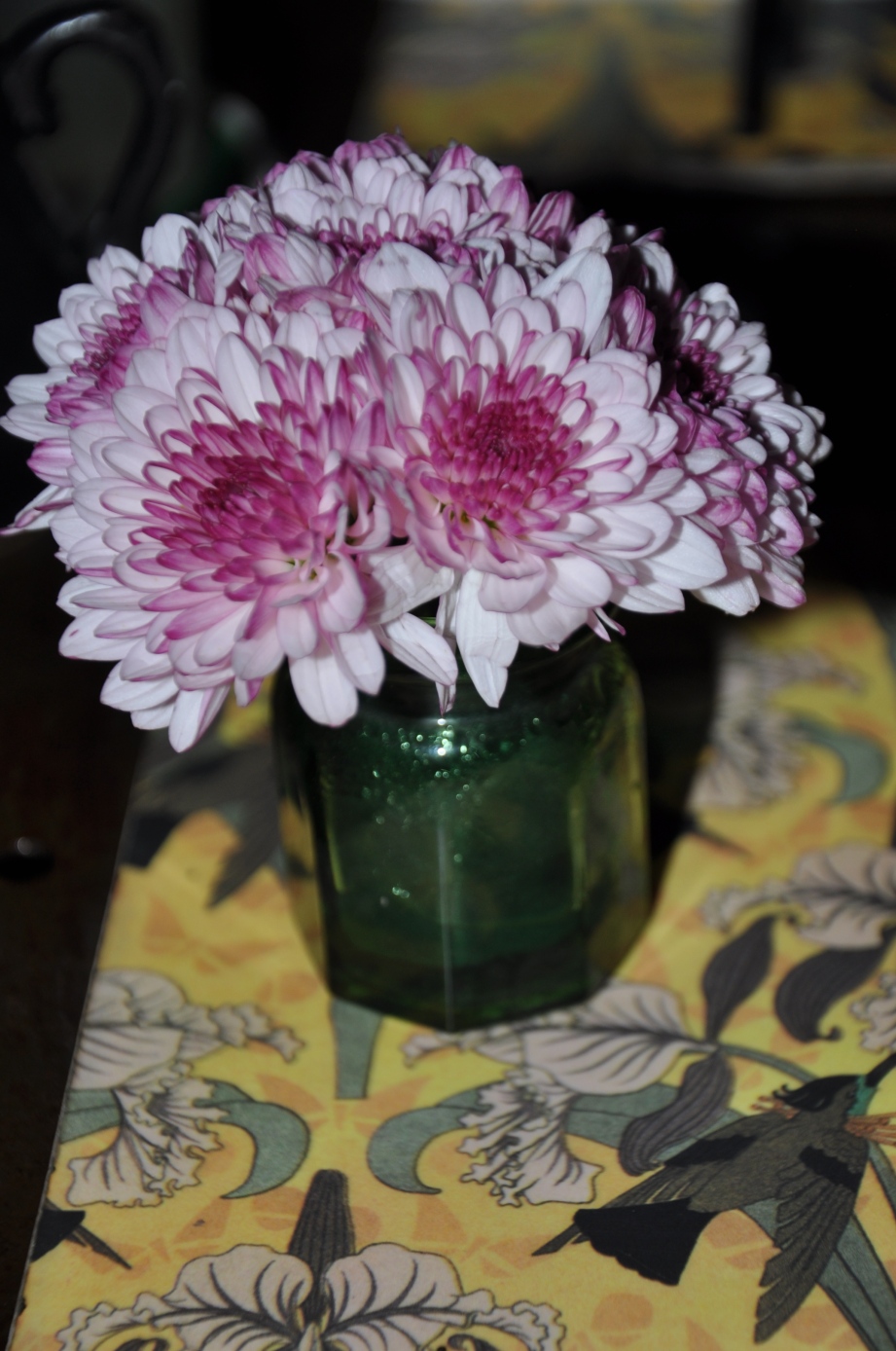 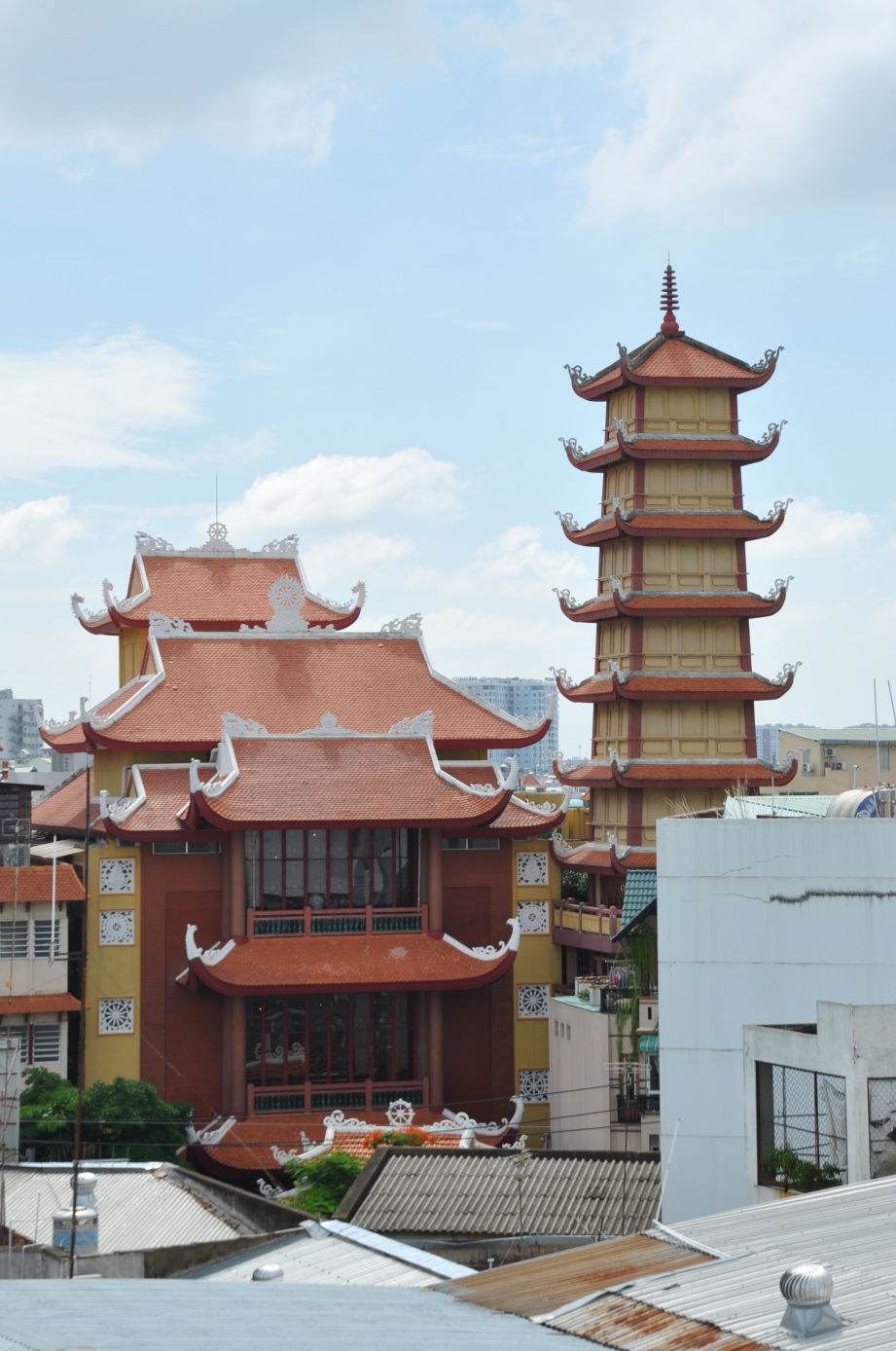 Adorable boutique hotel set outside the city center, a mere 10-15 minutes by car. You are welcomed into the lobby of the hotel through the library, a very warm and homey welcome away from home.  The beautiful tiles, photo gallery and floor-to-ceiling bookshelves had me at hello. The hotel was functional, the rooms roomy and well equipped. The breakfast was wonderful, set in the American style diner (Roadhouse) on the 5th floor with views overlooking the rooftops and pagodas of HCMC. A great option if you choose not to be in the center of the hustle, bustle and action.

Recommended itinerary: This list is certainly not comprehensive but outlines what we did.  We thought two days was the perfect amount of time to discover HCMC. The extra day was great to venture out to the Cu Chi Tunnels. There are also excursions to the Mekong Delta and the Can Gio Mangroves for those staying a little longer. Make sure you book in advance though, we missed our chance to visit the mangroves, which I was super excited about for the monkeys and crocodiles. C’est la vie!

Recommended restaurants: We LOVE to eat well as evident through the identity of this blog!  Our selection below includes a mix of local flavors and western eats that were well ranked in the city. 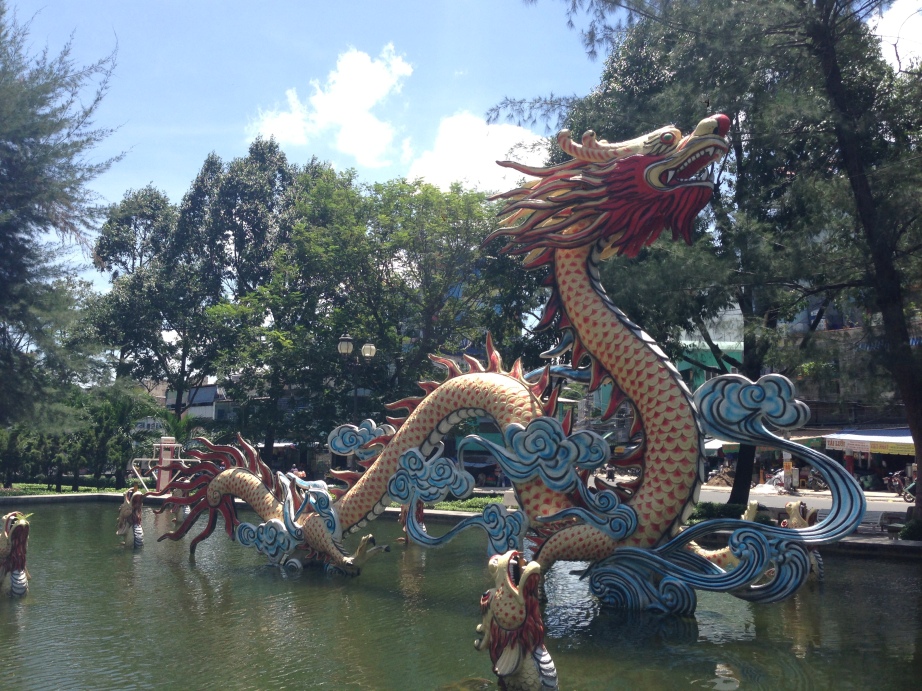 Browse through my older posts:

Browse through my older posts: